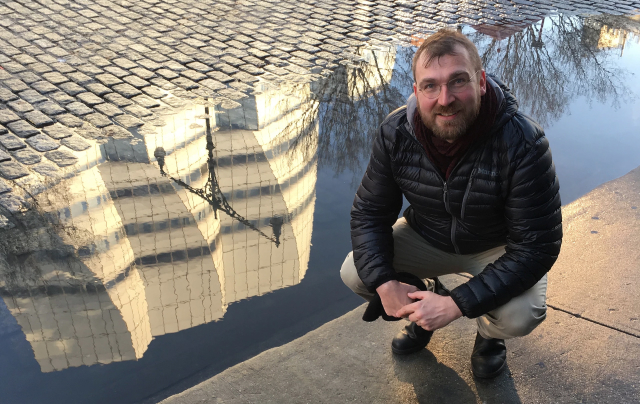 The broad objective of Prof. Trauner’s research is to demonstrate the awesome power of chemical synthesis with challenging target molecules and to use it toward the establishment of synthetic biological pathways. He is well known for his pioneering contributions to Optogenetics and Photopharmacology, using synthetic photoswitches to confer light-sensitivity to a broad range of targets. The chemical tools he developed are particularly useful in neuroscience and cell biology but also hold promise as precision therapeutics. Despite his extensive forays into biology and physiology Dr. Trauner remains an organic chemist at heart, as evidenced by the synthesis (and anticipation) of more than one hundred twenty natural products.

Dirk Trauner has been awarded a 2021 ACS Cope Scholar Award, the 2016 Emil Fischer Medal, and the 2016 Otto Bayer Award. He is a Member of the German National Academy of Sciences, Leopoldina, a Corresponding Member of the Austrian Academy of Sciences, and a Fellow of the Royal Society of Chemistry. Dirk is also the recipient of the Kitasato Medal, the Alfred P. Sloan Fellowship, an ERC Advanced Grant, and the Austrian Chemical Society Award for the best thesis in 1997. He sits on the editorial board of Organic Sytheses, the editorial advisory board of ACS Central Science, ACS Chemical Neuroscience, Cell Chemical Biology, and Chem. His students have taken positions at many leading pharmaceutical companies and universities.

In his spare time, Dirk laments the fact that he did not become a great architect.